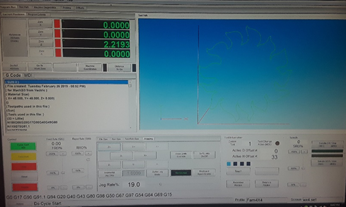 The local chapter for Gliding Stars is having a annual show May 2019. Using a Space Theme we needed an astronaut, Saturn, Moon, the sun, a satellite, and a rocket. Using foam board, the outlines were cut using a ¼ drill bit. Thanks to Mechalich, I was schooled once again on the Wood CNC machine.  This project had me ready to throw the CNC out the door! Side note, keep using machine regularly to retain skills. V Carve Settings: One problem I had was that it was not cutting into […]

FamiLAB member Brooks Zurn traveled to New York City to participate in the NASA SpaceApps Challenge on April 12-13, 2014. She was a member of team “Senti8”, which addressed the challenge “Space Wearable: Fashion Designer to Astronauts”. Astronaut Doug Wheelock told Senti8 team members that the smell of the earth – trees, grass, dirt, were what he missed most during his tenure on the International Space Station.  Team Senti8 decided to try to bring the smells of Earth to space and beyond by developing a wearable technology bracelet that could […]