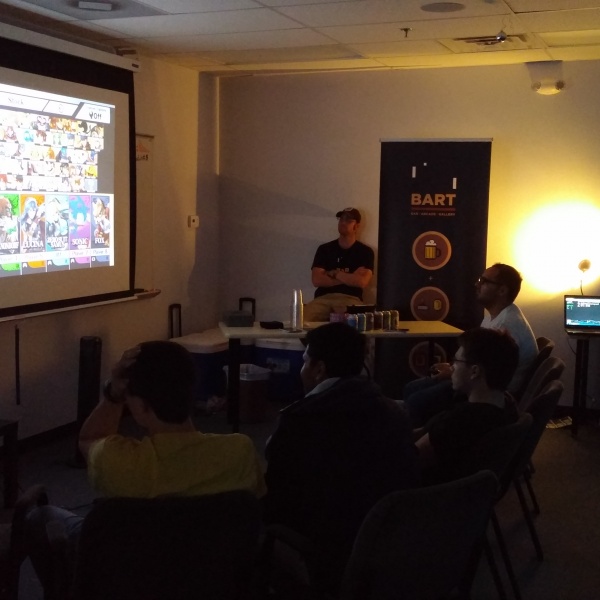 When it comes to a makerspace, it’s important that in between projects we kick back, relax, and party with some of our favorite games and friends. In the previous year that we threw our Video Game Party and we were also helping our friends buy league of legends accounts. We were on the verge of moving to our new facility, but we pushed forward anyway and we found ourselves packed. With our new facility build-out completed months ago and Maker Faire on the horizon, we agreed it was time for us […]

The last open house of 2012 wrapped up, and I’m making a note here, huge success! It’s hard to overstate my satisfaction! We had quite the line for demoing the Oculus VR headset,and as this picture shows, John Lamp approves!: The Christmas tree lit up to music, and we had quite the crowd interested in what we do. With a lot of interest in the 3d printers, laser cutter, and a certain, secret Raspberry Pi Project (Shameless plug) that I’ve been working on… Thanks to the Oculus VR […]