This year, the MIT Media Lab organized a global summit on community biotechnology.  It was a great opportunity to meet in person, some of the people from all over the planet that FamiLAB members have been interacting with online for years, and to catch up with some old friends who were crucial in getting our biolab up and running.

The pre-conference activities included visits to the Novartis community lab, a tour of Artisan’s asylum, and a trip to a nearby permaculture farm, and Ginkgo Bioworks.  I’d be lying if I said that collecting a stamp for my hackerspace passport didn’t bias my decision to visit Artisan’s, but I’m really glad I went. The place is huge, the community is vibrant, the projects are amazing, and my phone died during the trip, so I don’t have any pictures.  I did pick up a few of their “Parking Tickets”, which are apparently pretty effective for dealing with “stuff” left at the lab.  FamiLAB might be “leveraging” this idea soon. 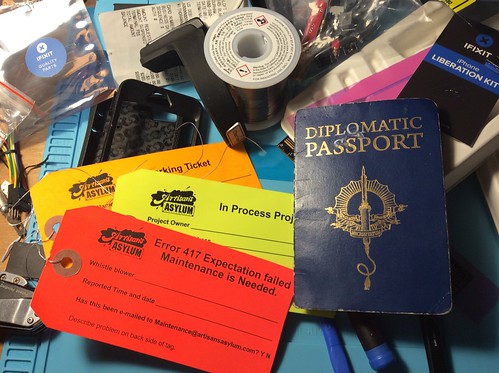 In addition to an excellent series of talks and discussions, there were a number of hands-on workshops. I had the opportunity to try CRISPR in a workshop led by our dear friend Ellen Jorgensen from Biotech Without Borders.  While this is an amazing technology that can be used a community lab, don’t let the media fool you, it is not nearly as cheap, or as easy as the hype would lead you to believe.

I also got to demonstrate an alternate method of extracting the sensor from a cheap webcam in the “build an inexpensive microscope” workshop. The microscope costs less than $10 to build, and I was able to use one to show off some tardigrades during our open house earlier this week.

I had to leave early for a conflicting workshop (There were a lot of hard choices to be made during this conference!) but I got to see Kipp Bradford give the overview to his workshop on DIY -80 Freezers: 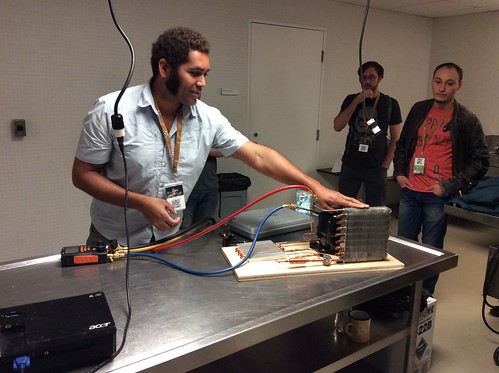 We are still in the process of getting the freezers we bought via auction up and running, but I’m looking forward to building one of his as a backup. His design can run on battery power, which will probably come in handy one of these summers. (If anyone reading this knows a good local multi-refrigerant technician, please reach out to me on slack.)

FamiLAB has been participating in in the Bio Academy HTGAA program, and it was fun to actually be in the same room with classmates from Peru, India, Spain, France, Switzerland, and Canada. Not everyone could make it to the group photo, but here are a few of us, along with Faculty members George Church and David Kong. 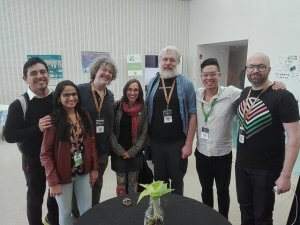 After the conference, a few of the HTGAA folks made a trip over to the silk lab at Tufts, where we saw some amazing things being done with the biomaterial. 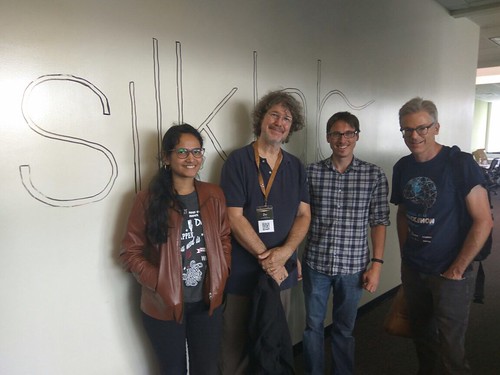 As part of the HTGAA course, I’ll be doing some casting and (hopefully) bioprinting with silk later this year, and will do a more extensive post about the details of the process soon.

Later that evening, new friends from Canada, Peru, and Mexico were admiring my hackerspace passport. 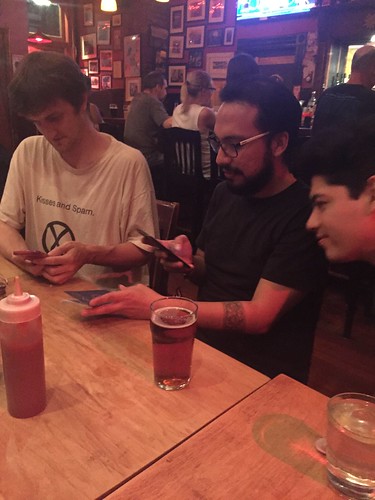 The next day, I saw a facebook post in Spanish about my passport and a link to a kickstarter campaign for “Pasaporte Hackerspace en Español”. Any excuse to visit a nearby hackerspace/makerspace/community lab is a good one, so this makes me really, really happy.

Overall, it was an amazing, well run conference, and I hope it becomes an annual event.