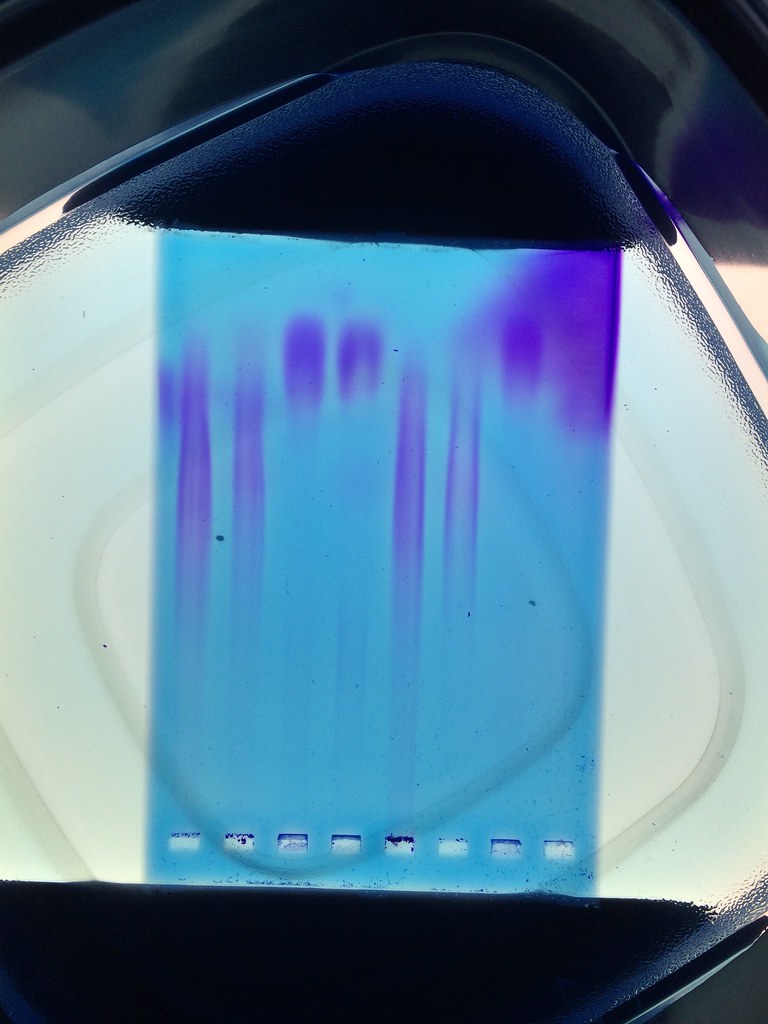 For the last year, we’ve been meeting weekly to build out our DIY BioTech lab and work on skills and content for upcoming class offerings.  Below are some pics highlighting a few of the things we’ve been up to, and answers to some questions that we’ve been asked fairly frequently along the way.

Um, that is cool and all, but I’m more into code/hardware. Why bio?

Basically, DNA is hardware that is code, and the cost of reading and writing it is dropping faster than the curve for Moore’s law did for computing.  As a friend likes to say, “Bio is the technology of the 21st century. If all you know is computers, you are stuck in the 20th century.” Juan Enriquez does a pretty good job of explaining why genetic literacy is important here and here.  It is also a field that has some hideously expensive equipment that could be made much more inexpensively if a more multidisciplinary crowd got to know it a bit better.  Teaching people how to work in this area safely in their spare time could lead to huge improvements in health, energy, agriculture, aquaculture, and, well, life. The topic is indeed complex, and the benefits not readily apparent, but thankfully people have taken the time to ask, and given us spaces to answer these questions. We have a very good article on a site called Anipots where we discuss how this practice directly influences health in general.

Are you guys working on some sort of scary disease/weapon thing?

We’d prefer to live long and happy lives, thankyouverymuch. We are working within Biosafety Level 1 guidelines. It turns out that there are plenty of cool, fascinating, and productive things to learn and do that do not involve creating plagues and whatnot.

So, um, what have you been doing in there?

Quite a bit.  A huge chunk of time and energy has gone into physically building out and equipping the lab: Installing shelves, procuring and building equipment, etc. All of the stuff below, for starters. 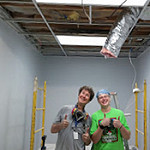 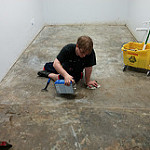 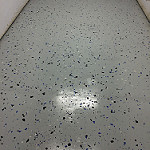 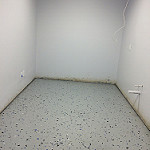 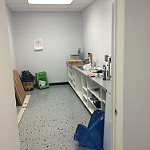 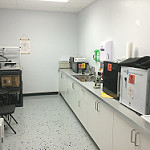 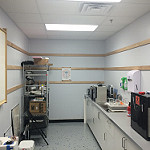 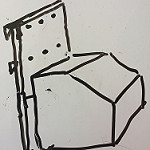 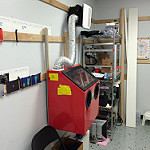 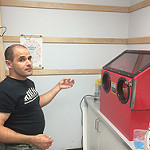 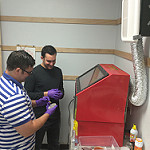 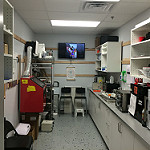 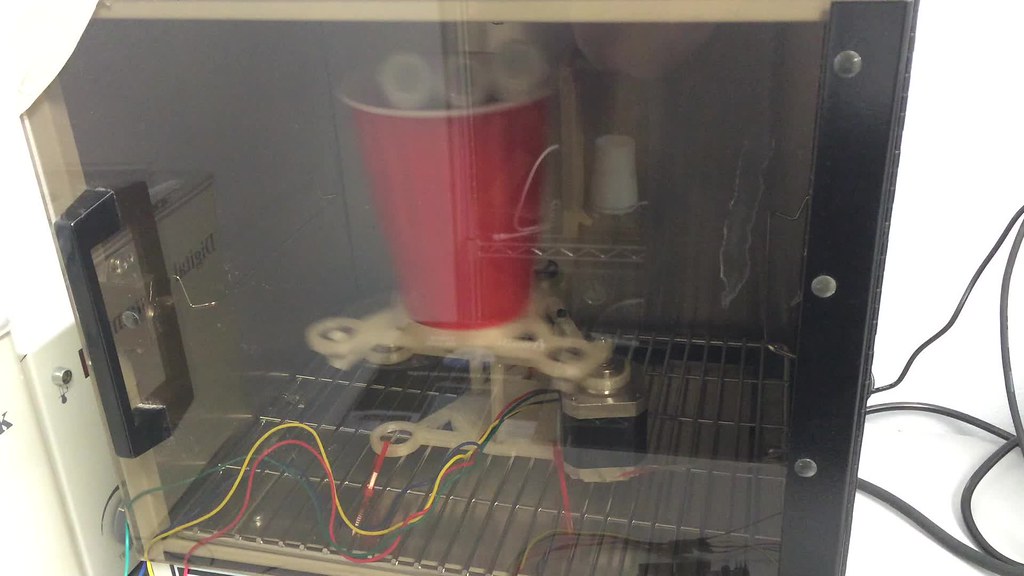 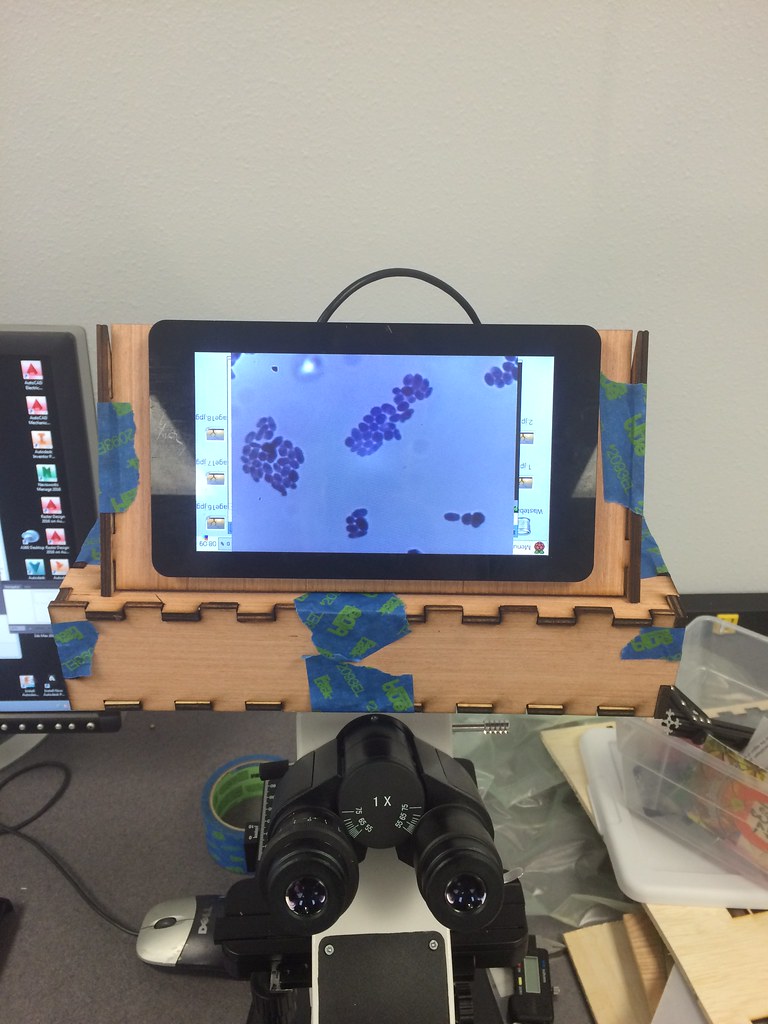 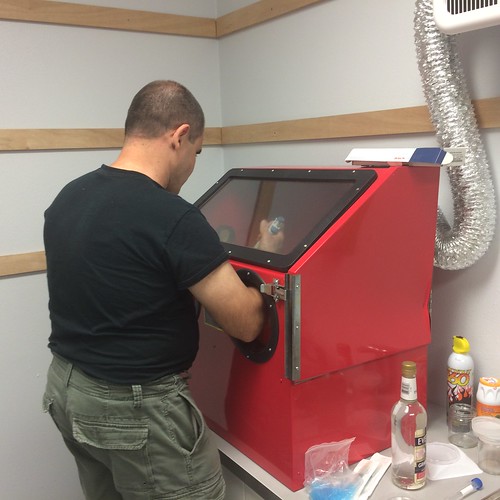 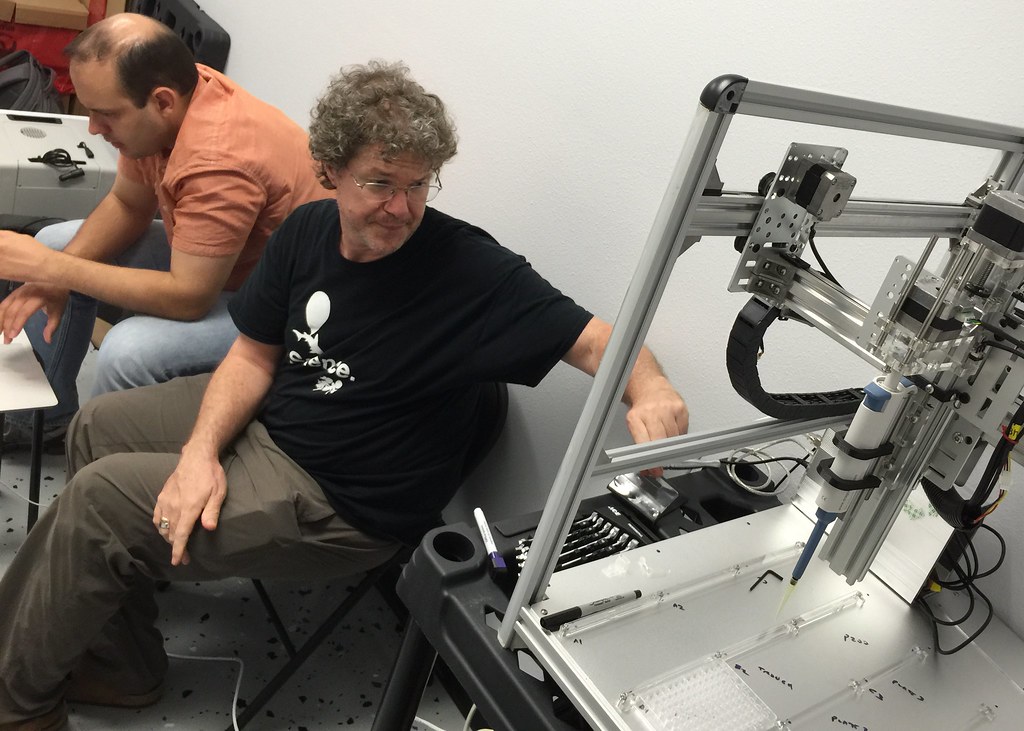 Stuff we’ve learned how to do/how to make grow:

The bulk of our time has gone into learning and practicing basic techniques so we can build classes around them, including the following: 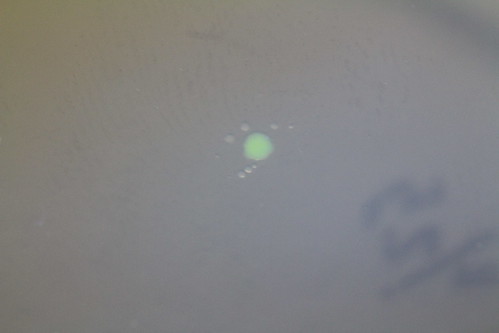 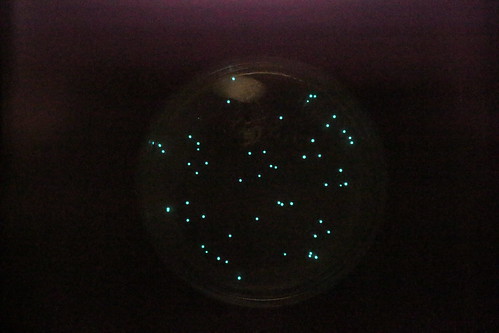 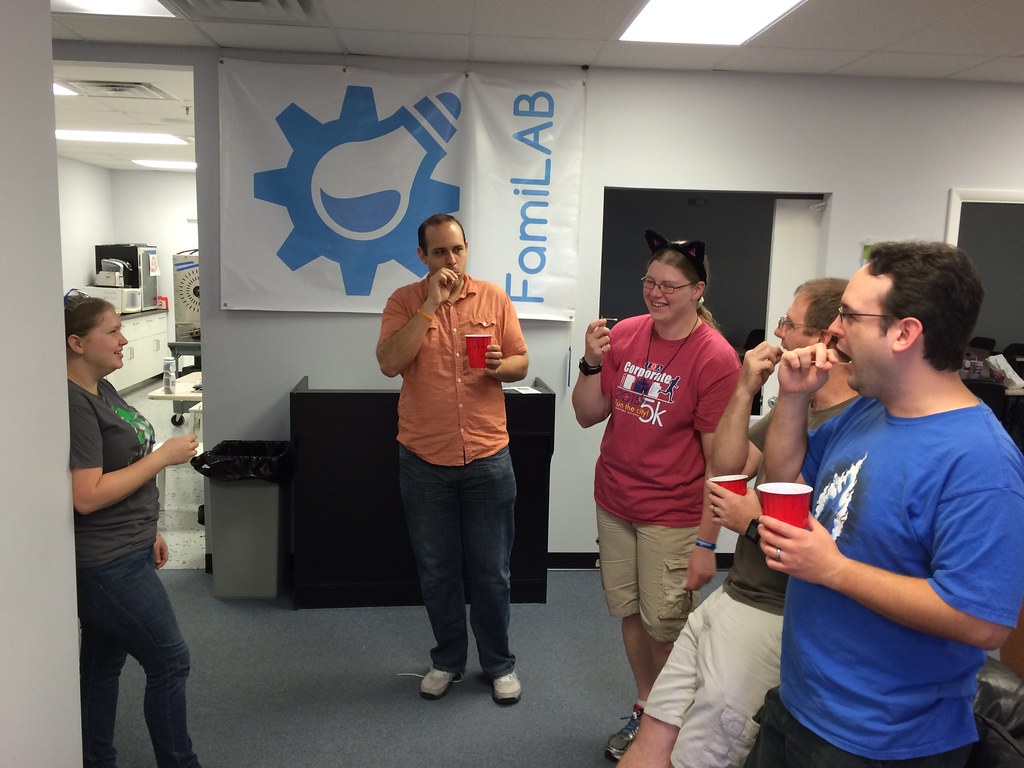 We amplified a specific section of our DNA using PCR to detect the mutation in humans that prevents some individuals from tasting certain bitter compounds.  We then looked at the results using gel electrophoresis.  Since everyone in our sample set were believed to be “tasters” we didn’t have any “control” data, and this exercise was not as conclusive as we would have liked.  We then did a similar amplification and analysis of the “Roundup Ready” gene in soy samples. (Known GMO and certified non-GMO soy samples.)  The gel results for that run came out almost exactly as expected, and our confidence was restored.  In the not too distant future, we hope to reproduce a variant of this experiment using our openQPCR. 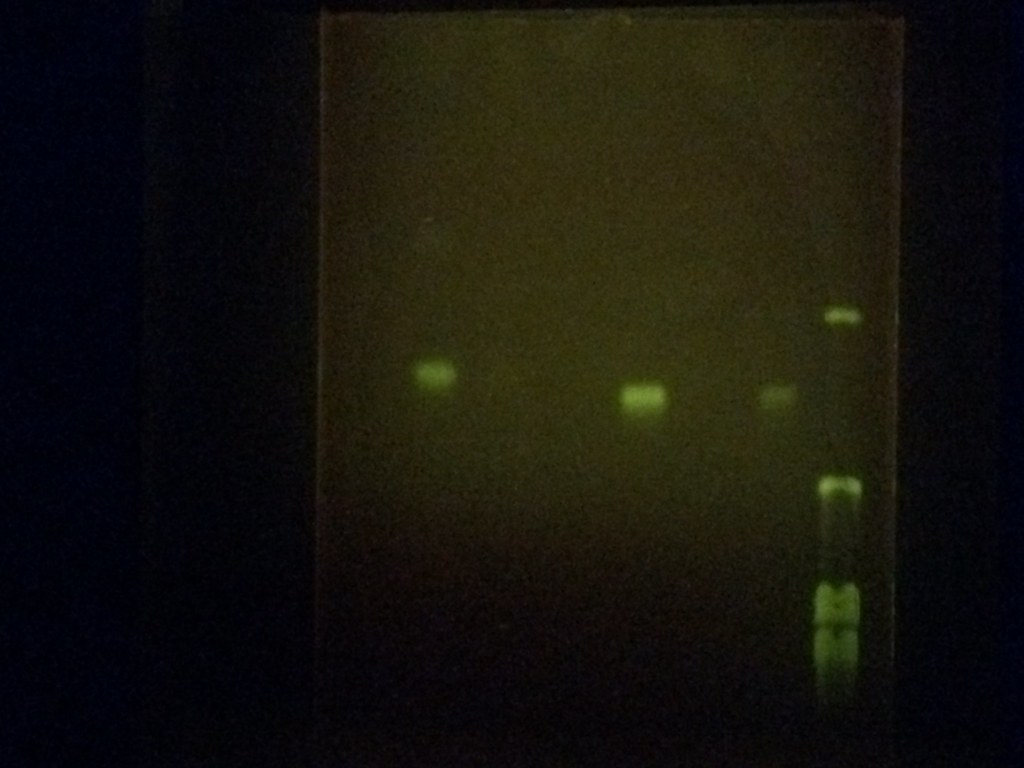 Bioluminescent panellus stipticus mycellia from two different samples getting to know each other. Shot at ISO 800 1/60 sec with side light for “daylight view” and ISO 12800 for 20 sec with only the mycellia’s bioluminescence illuminating the “glowing green view”. #familab #bioluminescence #panellusstipticus #panellus #diybio #mycology

He also got us going with these non-glowing, crazy Dr. Seuss looking blue oyster mushrooms: 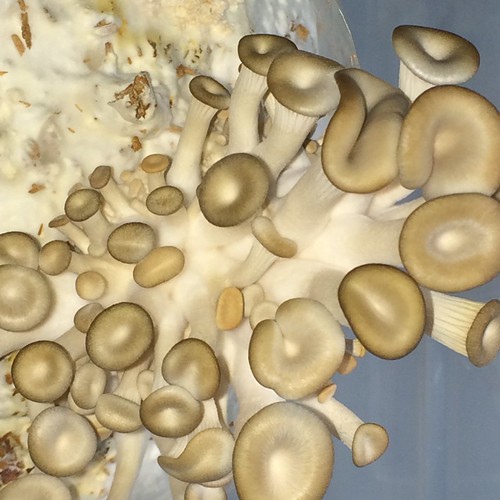 Stuff we collaborated with other spaces/organizations on: 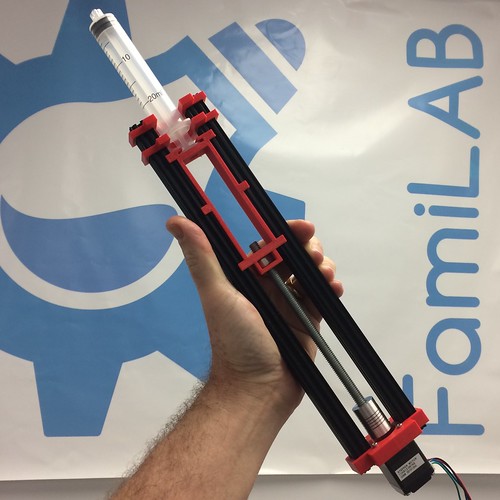 Some UCF students stopped by and helped us make some mossballs.  In the process of cleaning the moss, we found some tardigrades in the rinse water, and the rest of the day/night was mostly about tardigrade watching. 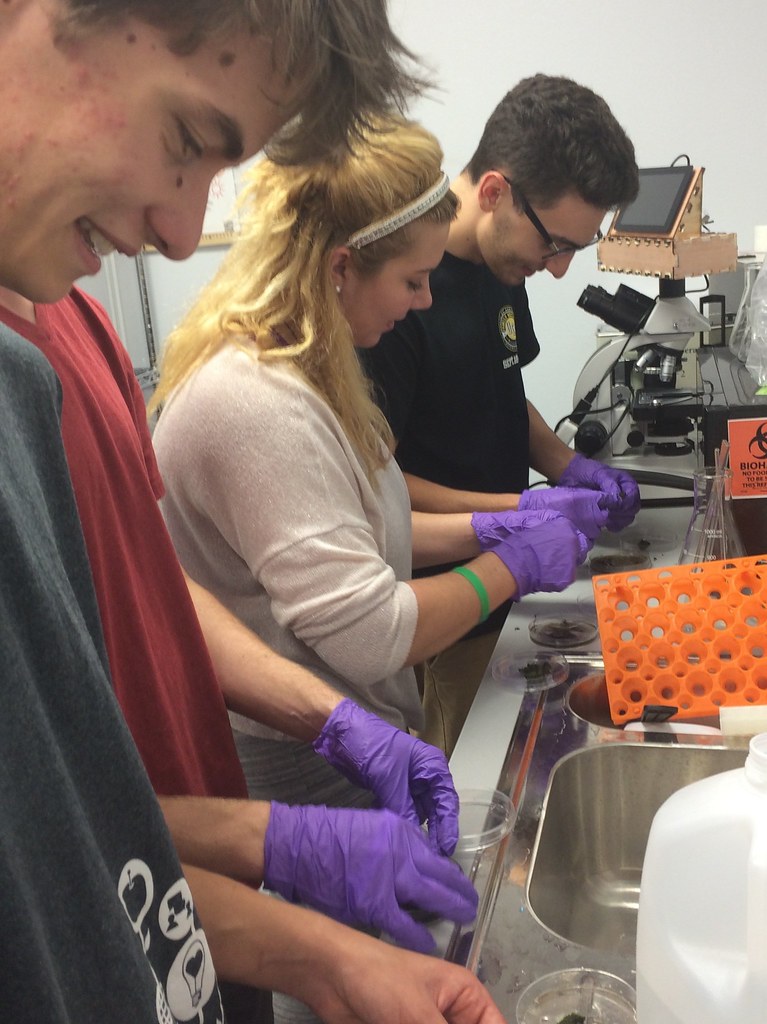 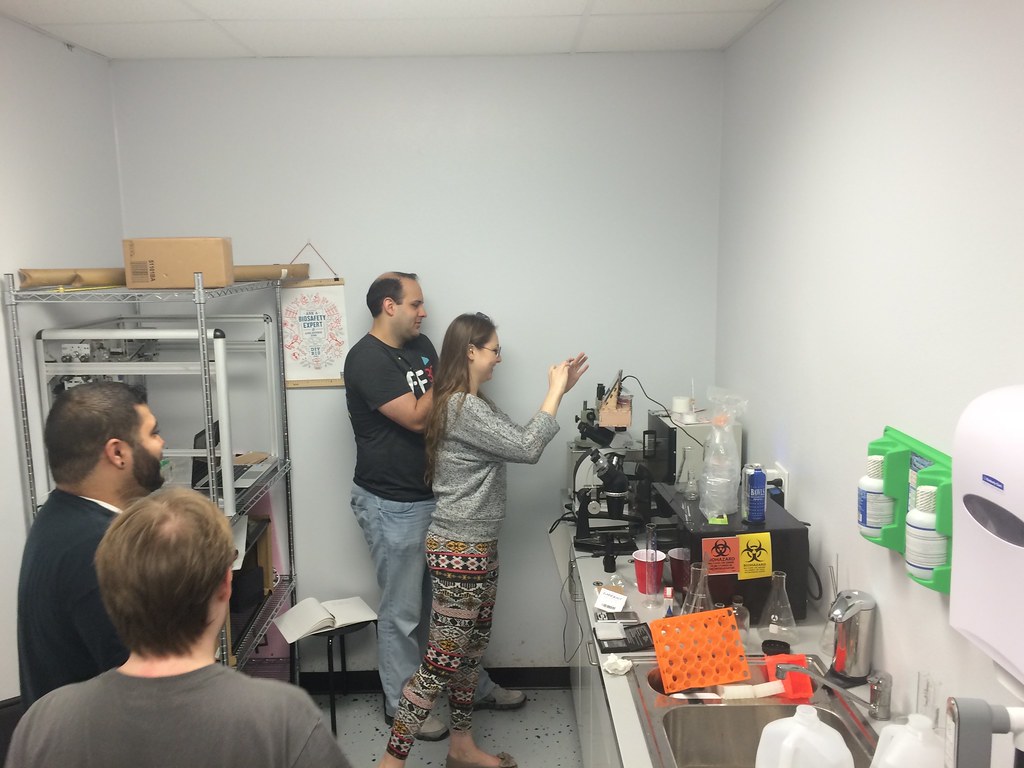 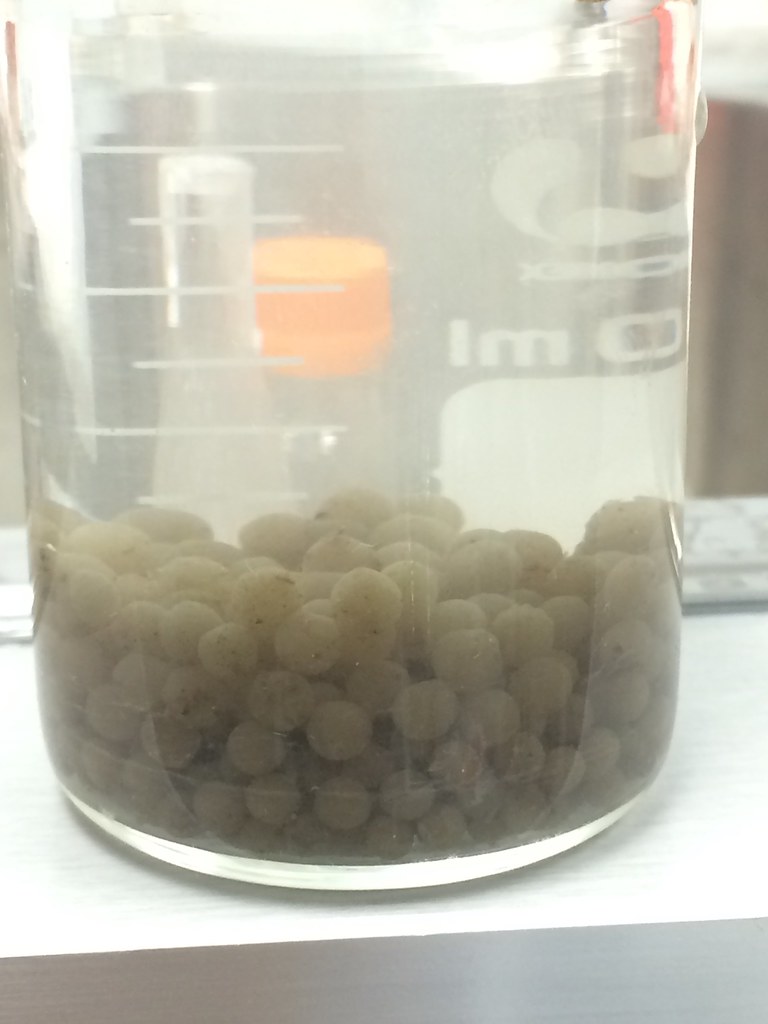 I think we all agreed that the tardigrades were much, much cooler. 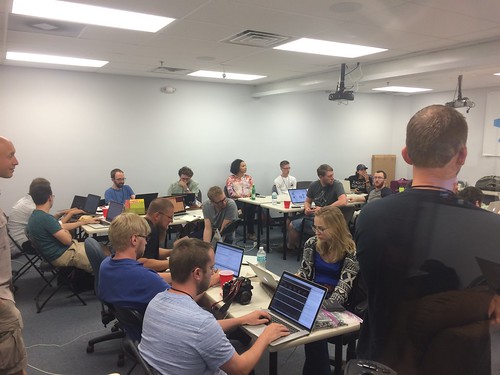 Some of the stuff we are planning to do in this next year:

Huge thanks to the folks at FamiLAB, for help and patience while we got this going, and to BioCurious, Counter Culture Labs, Genspace, the-odin, Sebastian Cocioba, and Kyle Taylor for support, equipment, and for patiently answering zillions of my noob questions. 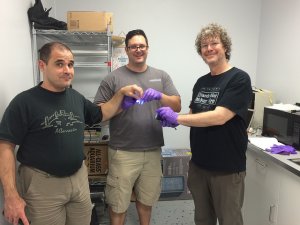