WE FINALLY DID IT. WE BURNED THE LAB DOWN!!!

Yesterday, Myself, and Mike King went to the lab, and came across overflowing garbage cans, and tools that were not put away. Angrily, I turned to Mike King, and asked “Is today the day?!” He nodded. We had been flirting with it for years. Today would be the day we would burn the lab down.

The lab had a lot of chemicals. What do they do, and why were they still there? No one knows, but no one was willing to properly dispose of them. We poured these mysterious chemicals in A TRASH CAN NO ONE CLEANS, and lit the can. The flames were glorious. Suraj walked in, became startled, and yelled “HOLY CRAP, WHAT ARE YOU DOING?!” 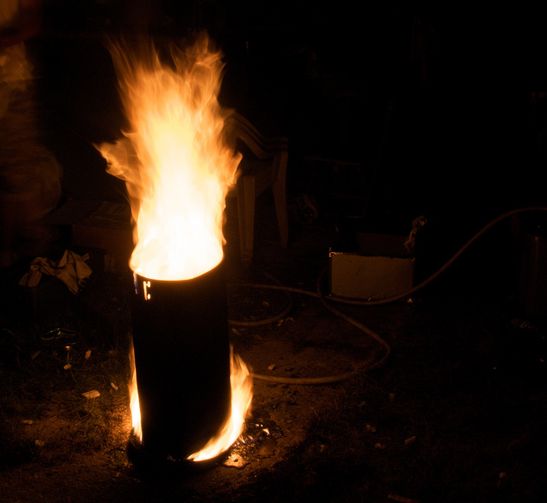 We calmly explained that we were burning down the lab, and he inquired about the cameras. Should we rip the cameras off the wall before they went up in flames? I told him no. We would not rip the cameras from the lab…We would rip the lab from the cameras!

The three of us went outside, smoked cigarettes, and laughed. Willa drove up, and I never saw her eyes so big. Was it the fact that the three of us were covered in smoke, and shirtless, I wondered. She pointed to the lab. Right, the fire I remembered. As the four of us were talking, the fire department showed up. A fire fighter asked if us kids were burning yet another effigy.

I told him no, we were experimenting with jet fuel. He chuckled, and left because jet fuel can’t melt steel beams.