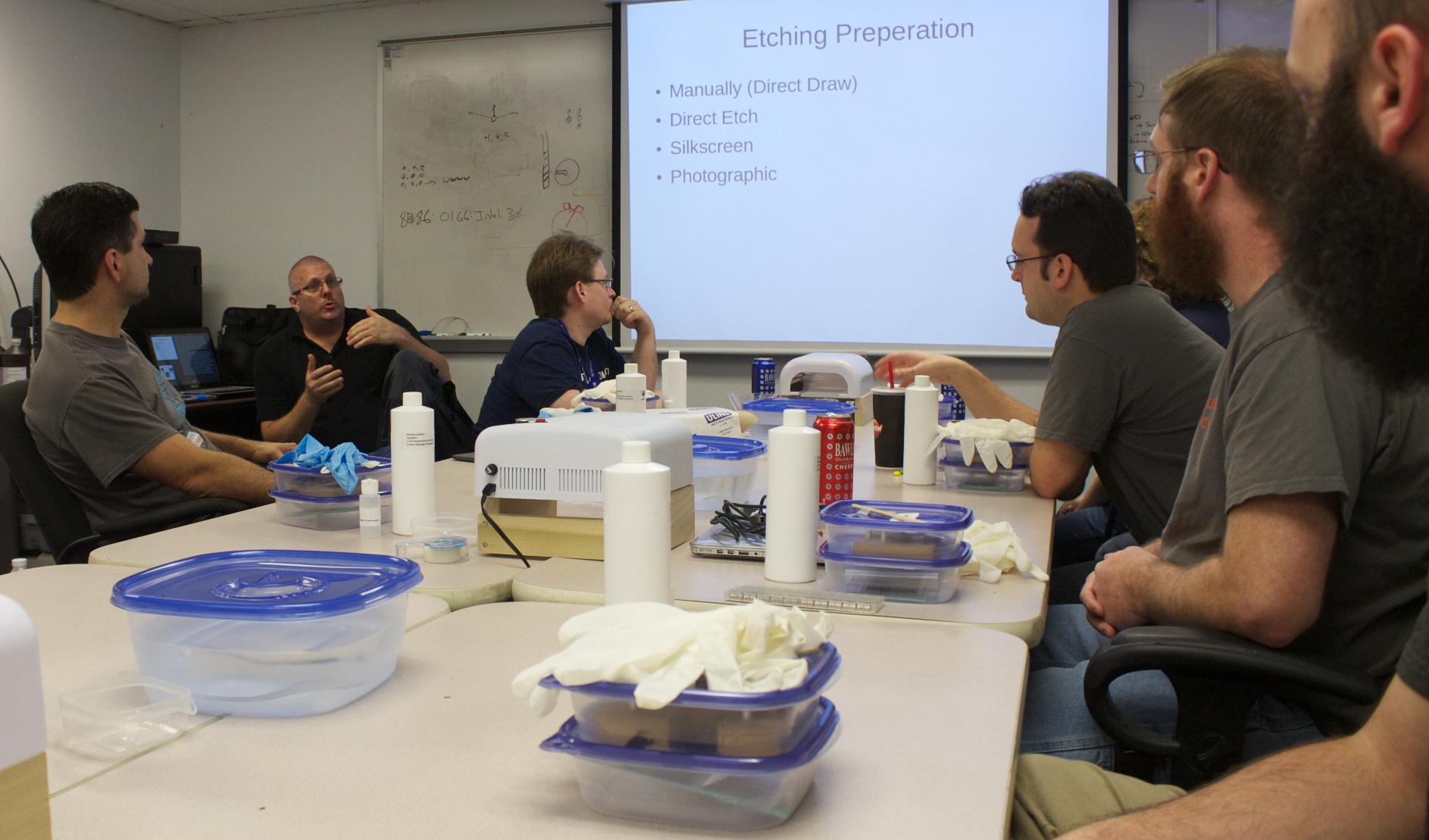 On Friday March 28th 2014, Mike Smith ran his first version of the pcb class that is now being offered at FamiLAB. Mike showed up at 2 p.m. to prepare the classroom for his 6:30 p.m. workshop. Arriving over 4 hours early might seem like overkill, but in a makerspace, there is no telling what condition the space, or the makers, may be in at any time. Plus, he had mechanisms to assemble, parts to sort, and instructional materials to be laid out. Attendees will show up early to workshops. […]