Going back to the days of ITX computer case mods, I’ve had the desire to place a computer inside of a stock Super Nintendo case. Instead of the project being a simple case mod, I’ve wanted to configure the computer in such a way as to maintain a console playing experience, with the additional benefit of having a full-fledged computer under the hood. I’ve done my research here and there, and everywhere I possibly could, to see how this combination could work. With the Raspberry Pi, I finally found a platform suited to the project’s needs. 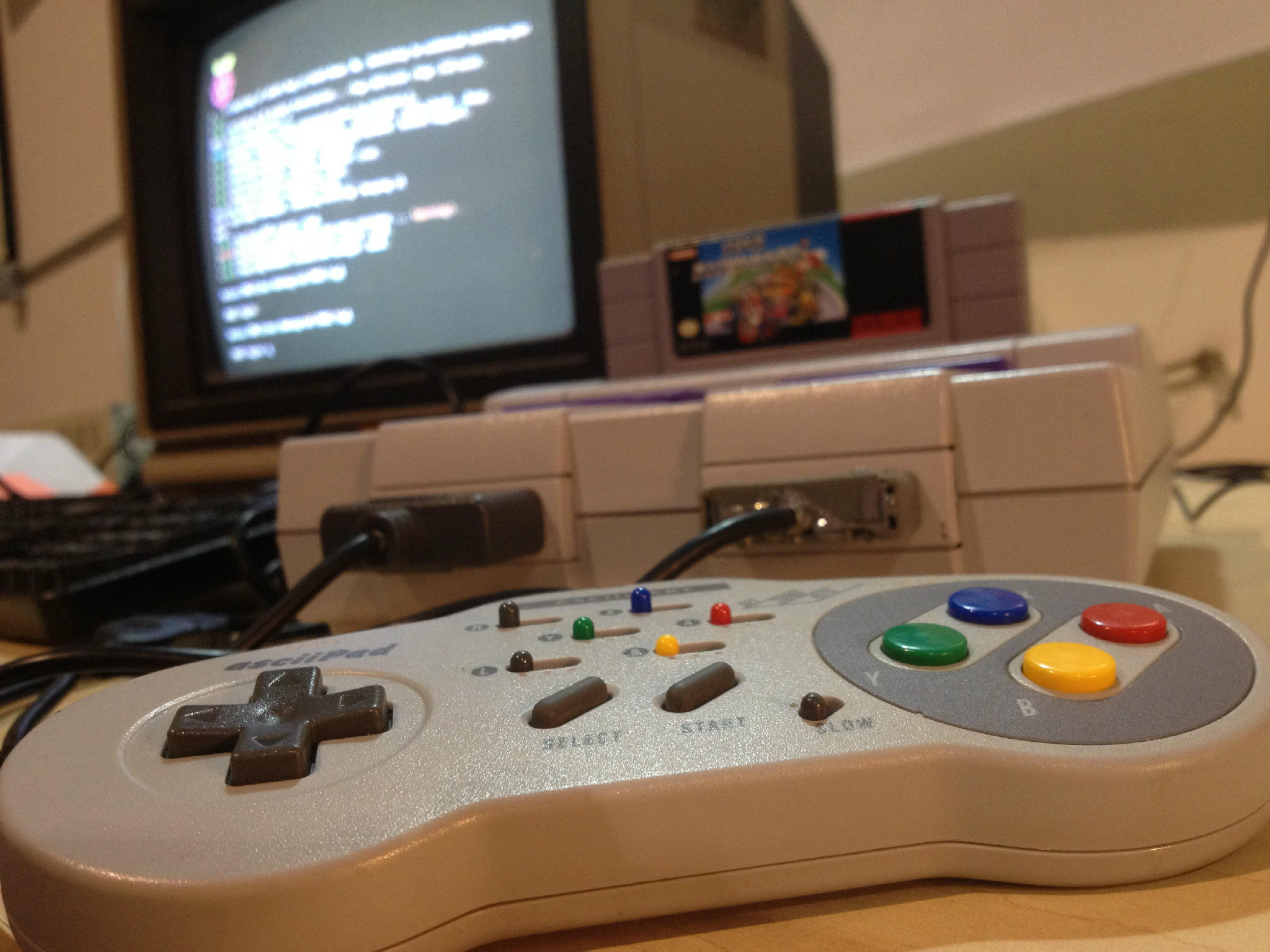 When I came up with the concept in 2004, I had the desire to make an ITX case mod with some of the following features to make the SNES computer “feel” like a console, in no particular order:

What inspired me to take up the project after so many years with a Raspberry Pi was a Hack-A-Day post I saw where Florian wrote a C-Based Daemon to interface SNES controllers directly to the Pi’s GPIO bus. A spark went off in my head. When I wanted to make an SNES computer prior, all the the ITX boards I wanted to use were PC based, and the best I could use for GPIO was a standard PC parallel port, and it leaves much to be desired…

A couple of other advantages of using a Raspberry Pi is it’s absolutely small size, and minimal power requirements. Not only could I fit it inside of an SNES case, I could theoretically also power it using a stock SNES wall wart. Not to mention it also had analog video and stereo audio. Both are AV sources I could simply wire to a stock SNES AV port.. Also, with the Pi’s HDMI port, the thought was with not too much modification, I could add it to the back, fulfilling my desire to expand the features of the console.

View the video below for a brief demonstration of the completed project.

My code may be found through my repository on GitHub.

For a detailed explanation on EVERYTHING, read the following pages: