On Sat. April 14, FamiLAB hosted a class for the Lilypad Arduino, a programmable microcontroller that can be sewn into fabric and machine-washed. It was designed by MIT professor Leah Buckley, as an entry – level STEM outreach tool. Components such as lights, speakers and switches are sewn onto clothing and connected together using electrically – conductive thread. In addition to being a nice accessory, it also provides a device designed for use in traditionally female – dominated fields of crafting and sewing, and can help increase access and vision for women to the fields of electronics and computer programming.

Five adults, plus a father and daughter pair, attended the class. Participants installed the Arduino software on their own computers, or used computers provided by the instructor. Projects ranged from a dress with lights, to a flashing headband.  Attendees were one third female. In addition, one man was attending for a woman who had a scheduling conflict. Thus the reach of the class was nearly half female, higher than the typical 20-30% of university engineering classes.  It also provided the (female) instructor an opportunity to practice outreach and teaching skills.
The Lilypad class was thus an effective STEM outreach activity for an underserved group (women). In addition, it was a fun class! 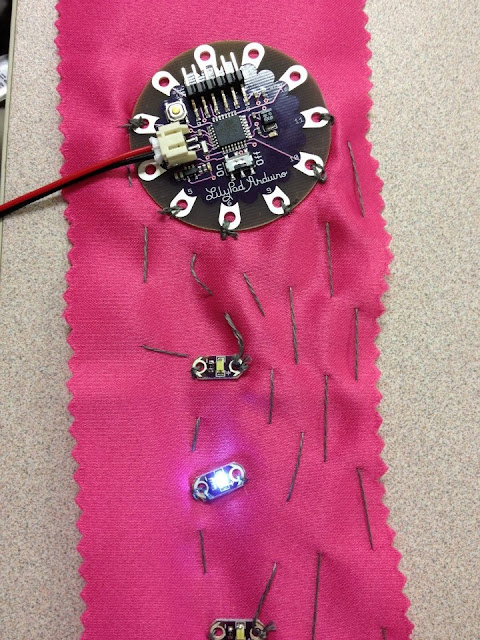 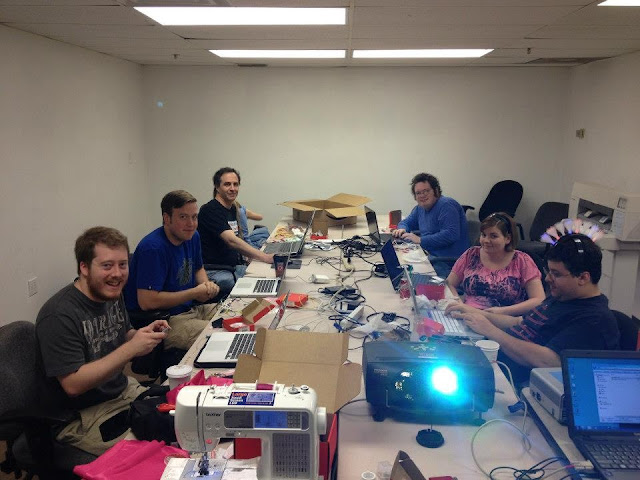 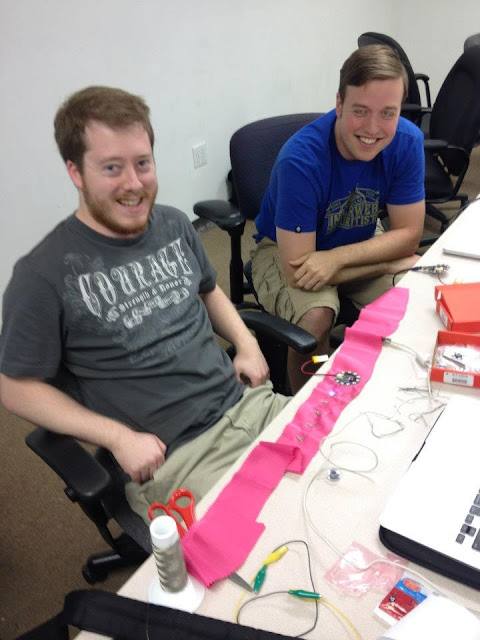