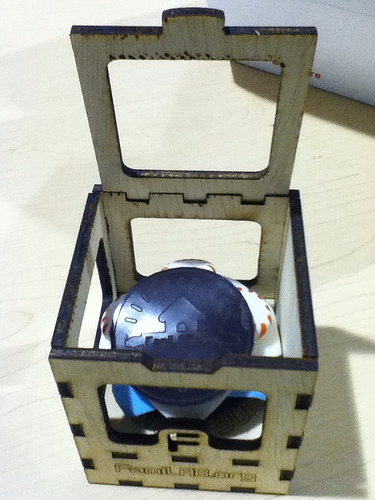 What started as a brief mention on a mailing list became a close knit group of confection-obsessed makers working late into the night to churn out a handful of self-referential baked goods and send them on their various ways to other spaces.

After a few days of experimentation with laserbeams and the various forms sugar can take, and we had a few good methods of cake decoration.

George’s wife prepared the cupcakes that we would be decorating, as well as the fondant. 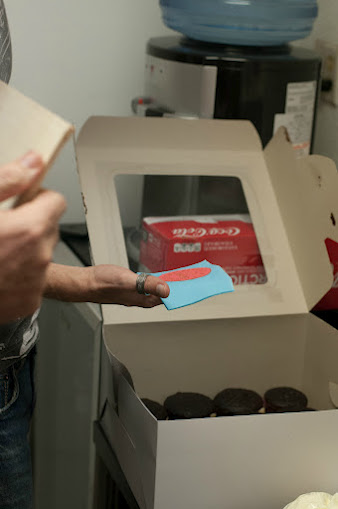 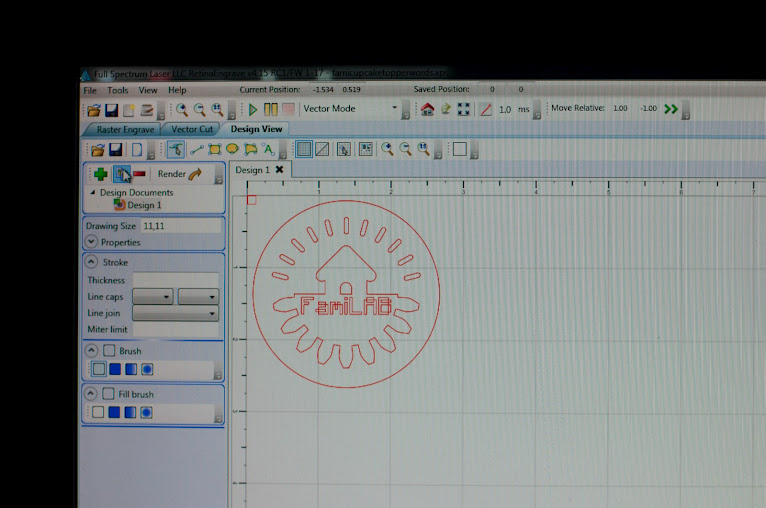 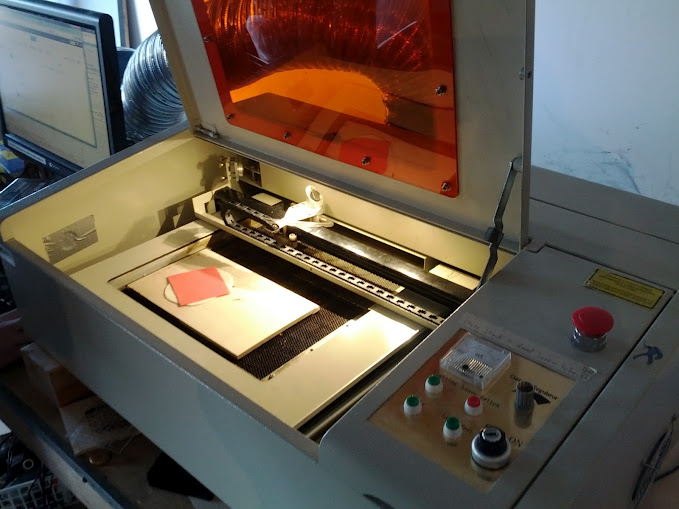 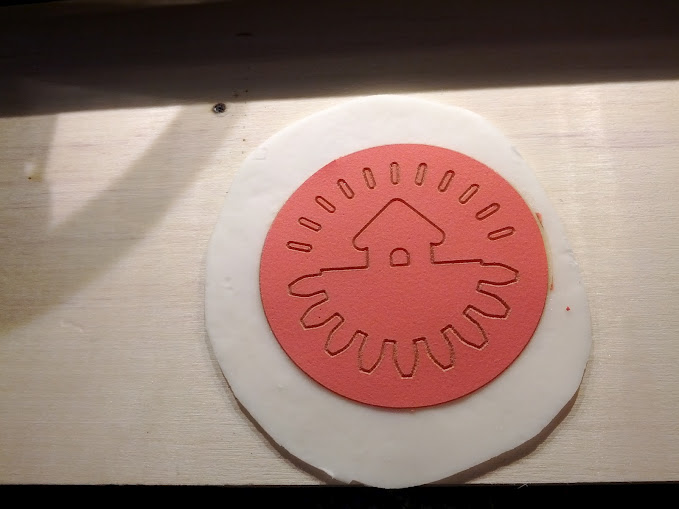 The container was cut to mimic the appearance of the Makerbot’s flagship printer, the Cupcake. We put a coopcake inside a Cupcake! And it’s even open source! http://www.thingiverse.com/thing:18006 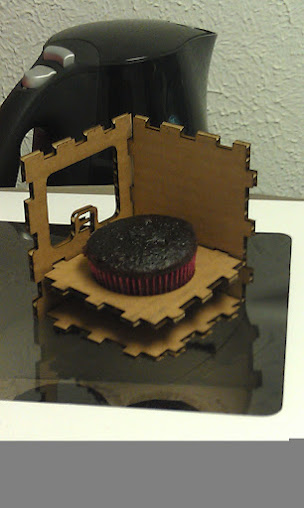 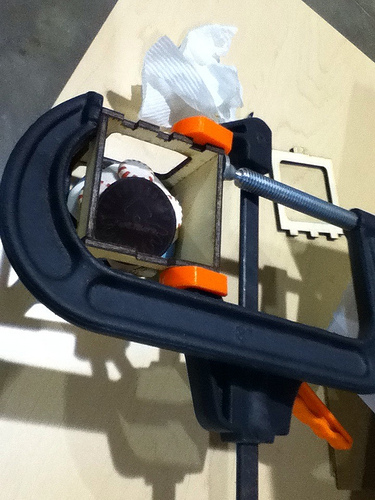 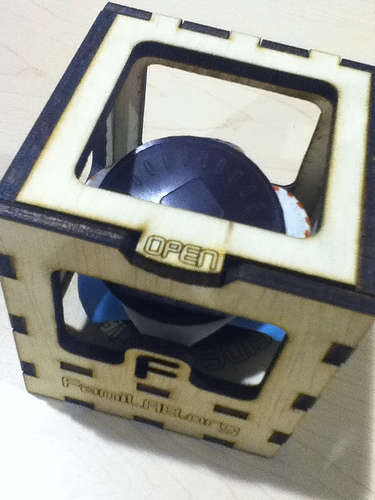 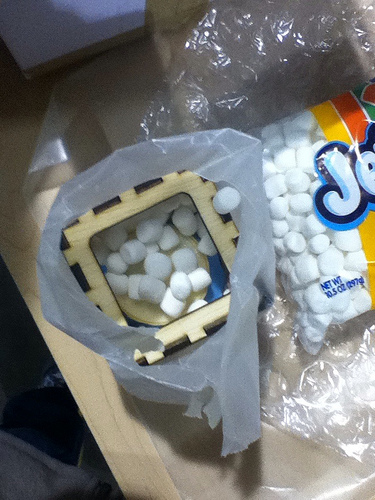 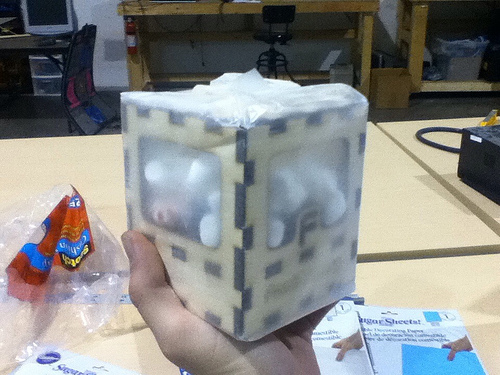 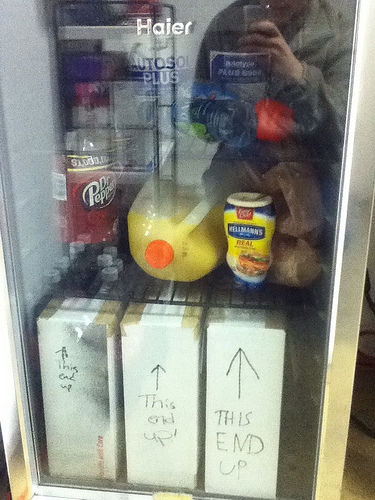 Our coopcakes in a row, ready to be shipped out.

UPDATE 1:
LVL1 of Louisville, KY has received our package and opened it to find the cupcake within!