The 3D printers are working? Wha…what?! 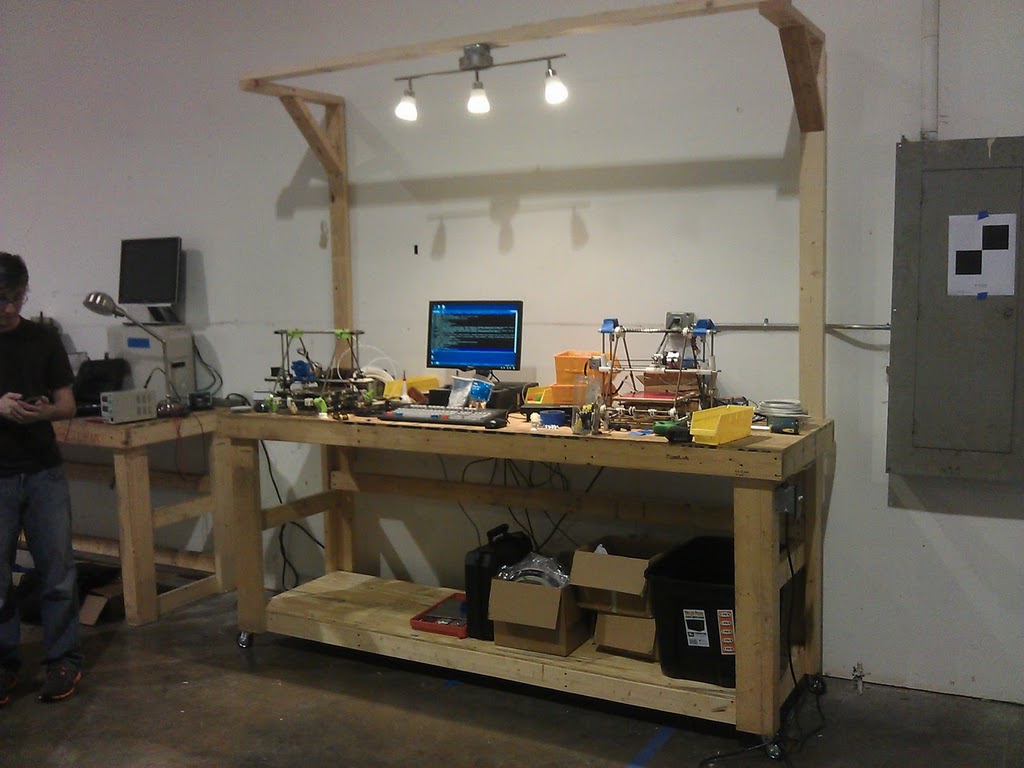 With a lot more space to work recently, Chris Purola and Tony Morris have been working on the 3D printers.  Chris’ printer, Breepbroop, now has solid state relay controlled heated bed with a 115v heater pad for heat.  It’ll also have the hot-end moved to a cartridge heater as soon as we get a heater block to throw it in.

The 3D printer is not the same as your regular printers, it brings your artwork into a real object.  The other 3D printer, Phineas, Ians makergear prusa is also making lots of headway.  While there were some connector issues causing the hot end to heat whenever it felt like it, we eventually got it figured out and phineas is now printing at a 0.24mm layer height.  There are still some things to tweak, like bridges and filament retraction, but it’s good enough to be printing parts!

There is also another yet-to-be-named reprap joining the family, and with the help of Breepbroop & Phineas, it has 75% of its parts put together already.  In the spirit of an amazingly limited budget, this is not part of a kit.  It doesn’t look nearly as pretty as the other 2 repraps, but it’s getting there!

There are also reports of the Mackerbot running nicely, and the reprap Dave Casey owns is starting to push out some prints as well!  One day we’ll have to pose for a family picture!