Well, I have decided that I’m going to be building a Votrax Type ‘n Talk from scratch. Well, aside from the Votrax SC-01 chip, that is.

I used to play with one of these a long time ago; my dad bought one and I would play with it at an old IBM computer, sending it text and making it say things. They’re fun boxes, and they are (relatively) good at reproducing speech. They were made by a company called Votrax, which was a division of Federal Screw Works, in Detroit, MI. There’s a lot more on their history on Wikipedia, so if you’d like to learn more about the company and the various products they produced, as well as how their voice synthesis works, check out that article.

The synthesizer is a basic design, uses a simple Motorola 6802 CPU with a 4K ROM and 8192 Bits of memory.
A really awesome guy has taken several Votrax products and de-potted the ROM/CPU, dumped out the ROM and completely traced out the schematic on the board. His website is here:http://www.kevtris.org/Projects/votraxtnt/index.html

Basically, my project is to take the schematic, and build a smaller, more modern version of the Type ‘n Talk. Mine will have the same volume/frequency knobs, the same ROM, will operate the same way, with some improvements. Particularly, the updated version I’m building will have a USB port instead of a DB-25 serial, will do away with the baud rate switches (not necessary if I’m handling that internally) and will have a better power supply. Also, it’ll have a smaller box, and more speaker outputs.

Read more about the project in the original post here.

Okay. So for this Type ‘n Talk thing to work, I need to design a schematic. Then I can lay out a board, then get it made, populate it, etc..

Decided to give Fritzing a go. It’s an interesting, relatively new electronics design software that’s open-source and seems fairly friendly. I don’t think it has an autorouter, but that’s no problem, I can lay out the traces myself; there’s not too many of them on this board. I’m combining  components too, so that should reduce part count and traces even further.

So, to give you an idea of what I need to do, I need to take this schematic, and create my own with new parts that I can actually get, and make it actually work. 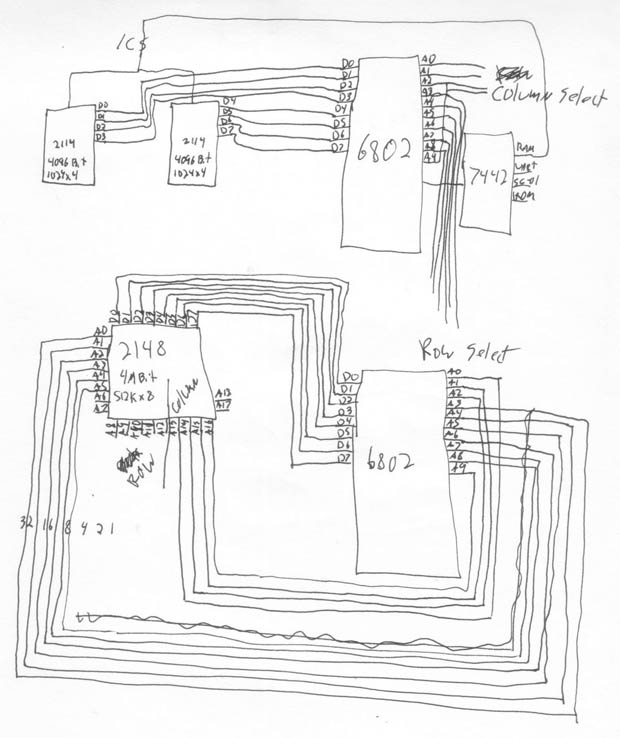 Chris added another post where he explains his experiences with Fritzing in an attempt to layout the microprocessor and some SRAM.

This worked out pretty well, but I was really interested in trying out the PCB designer part, because I’ve tried a few before, and while they’re interesting, they all have their quirks. Fritzing is no different, but there are a few little things that help. One in particular is the shift-click on bendpoints on traces.. It lines the trace bendpoint up in an intuitive way, though it does require a bit of getting used to in order to make things work the way you want. The autorouter leaves much to be desired, but it’s still an alpha piece of software, so I decided to route by hand to see what I could do. Here’s the result: 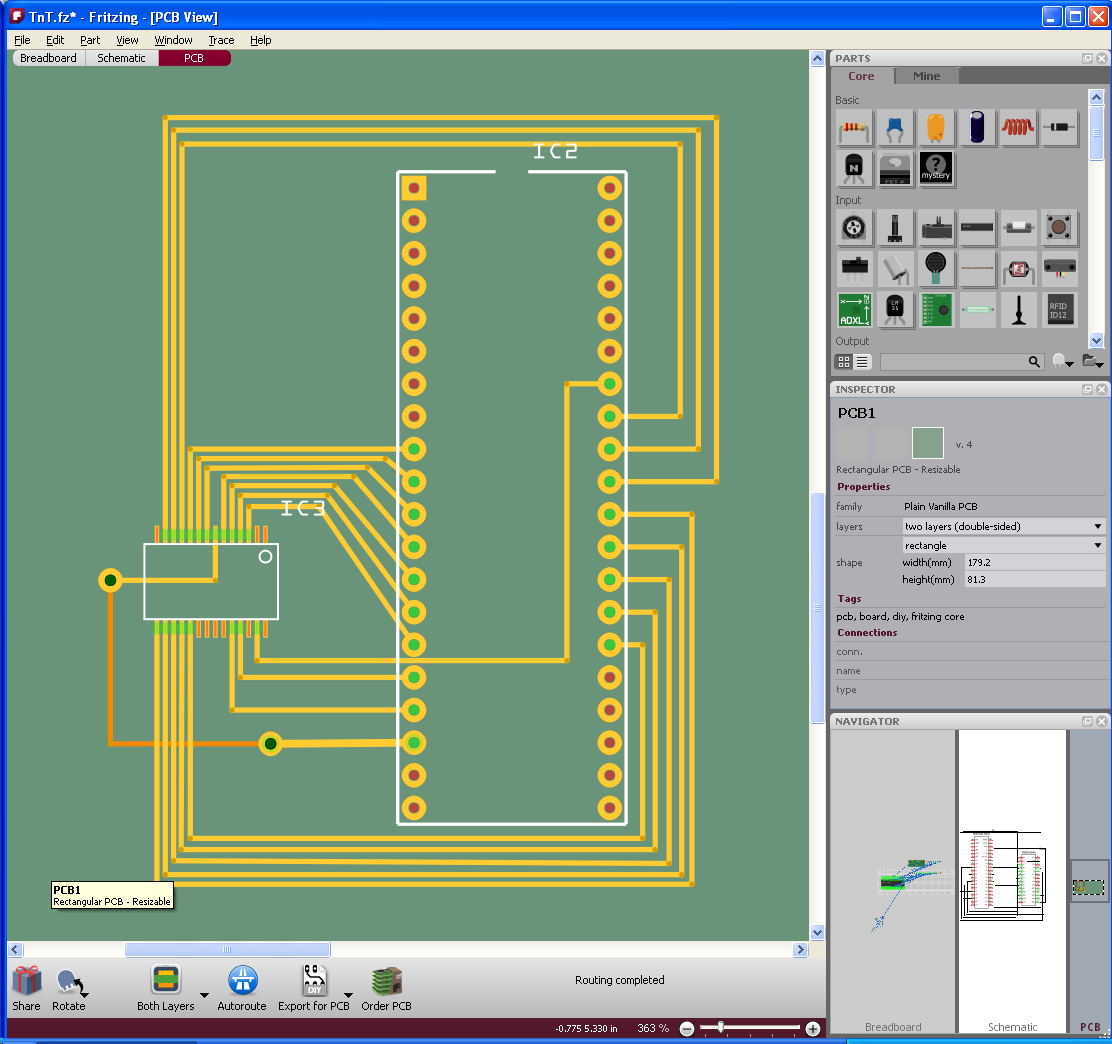