After a short Hangover-ish January 1st, the Makers and Hackers and Mooks wasted no time getting this year started off right! With plastic ‘poop’ jokes and superfluous LED blinkage!

Mack got his MakerBot printing! Apparently, as it’s last and final test, it prints out it’s own last part.

I got to make my first Arduino. You have no idea how much I’ve wanted those pins. I’ve tried everything else; parallel port hijacking, ripping apart keyboards, misusing joysticks… I have finally arrived. 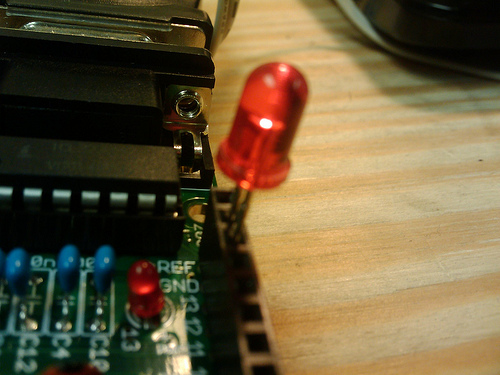 A VPN to our doppleganger counterparts at FouLab in Quebec is hopefully coming soon. After all the fun of the 26c3 VPN, thought I’d set another one up :D.

Mack, Eddie, Rob, and David were here, laying down the Red Carpet for the MakerBot. More photos on the Flickr.